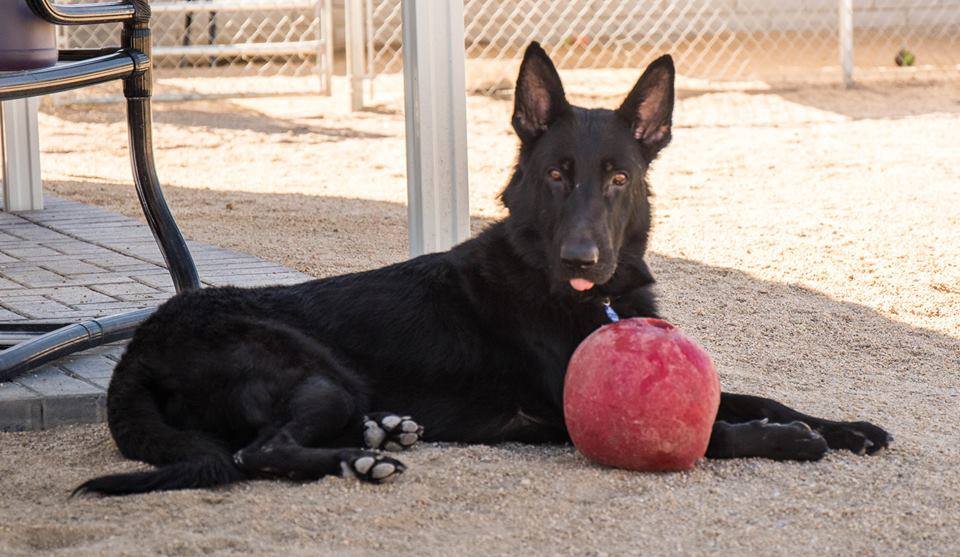 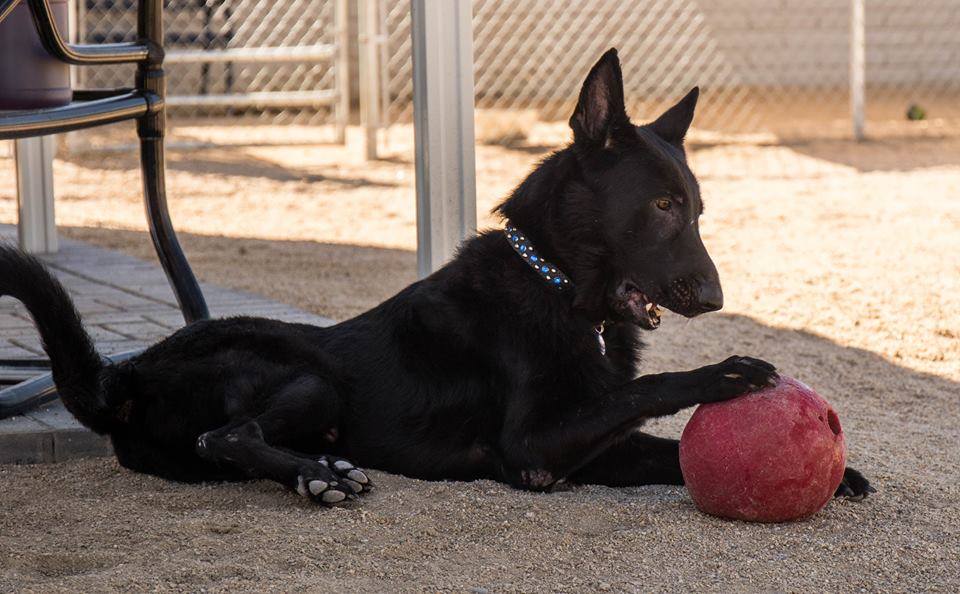 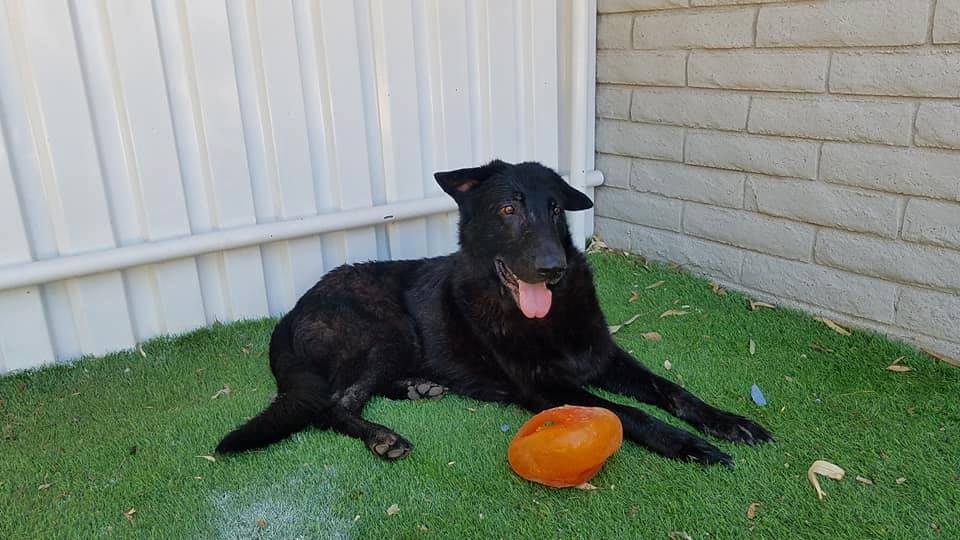 Our sweet Cole was dumped off at Pinal County Animal Control back in November 2016.  He looked so sad, so of course we had to save him.  Cole has trust issues and it takes him awhile to warm up to new people, especially men.  He’s also been plagued with ear issues and about a year ago, he had to have a procedure called a Total Ear Ablation.  It was necessary for the vet to remove his ear canals and stitch them shut due to excessive calcification of the ear canals.  It was a painful and bothersome condition and the ablation was a necessity.  We think he can hear louder sounds, but they would be muffled – not unlike when you’re swimming underwater and you hear people talk to you who are above the water.  We know he feels vibrations, and definitely knows when smaller dogs are around, like Kooper.  He does not like her one bit!

Cole spends his days lounging in his private suite at the Dog House, complete with his own couch. Most of us find him irresistible and give in to his pleas for belly rubs on the couch!  He also loves playing in the water and catching the hose.

We think this handsome dude is at least 8 years old, if not older.  We don’t think he was treated well in his previous life, and because of his age, and his past physical and emotional neglect, he is a member of our Dog House Sanctuary.  We may consider an adopter who is willing to spend lots of time getting to know him and what makes him tick.